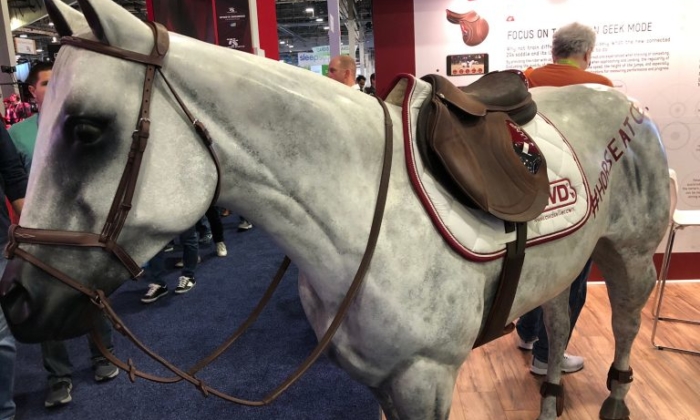 This year the Consumer Electronics Show took place in Las Vegas from January 9th – 12th. Our own Dave Pulvermacher had the opportunity to attend the show for the first time and so I suggested we interview him about his time there. Here we go, let’s bust the myth of ‘what happens in Vegas stays in Vegas’!

After having been to numerous types of shows at a variety of venues over the years, Dave thought he would know the routine. Yes, as expected, the “whirlwind of booths, advertisements, products, and flashing lights” were in abundance. He says he got that and much more. “Anyone who has been to Las Vegas knows that the hotel just “next door” is probably a 15-minute walk.” The CES show is spread out over the Las Vegas strip area. A little tip: Make sure you are wearing comfortable walking shoes. Thanks to Dave for taking the time out of his busy schedule to answer these questions. 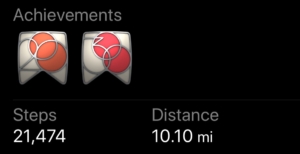 Fantastic. Thank you again Dave for answering my questions and sharing your experience and insights. Now that you’ve attended the big show and much anticipated event of the year, tell us any closing thoughts or comments that you have. I wish I had another day. I walked 20,000 steps in one day (7hrs of show), and that included 1.5 hours getting from one end to the other. I do hope to go next year. I am still a tech nerd at heart and, while the tech revolutions weren’t jumping out at me, the show is still very impressive.

Well there you have it. Be sure to stay tuned-in for more exciting news here and through our social channels and thank you for stopping by today.

Sign up for our newsletter to receive news about Wyze Temp® products and industry news.

This site uses cookies. By continuing to browse the site, you are agreeing to our use of cookies.

We may request cookies to be set on your device. We use cookies to let us know when you visit our websites, how you interact with us, to enrich your user experience, and to customize your relationship with our website.

Click on the different category headings to find out more. You can also change some of your preferences. Note that blocking some types of cookies may impact your experience on our websites and the services we are able to offer.

These cookies are strictly necessary to provide you with services available through our website and to use some of its features.

Because these cookies are strictly necessary to deliver the website, refuseing them will have impact how our site functions. You always can block or delete cookies by changing your browser settings and force blocking all cookies on this website. But this will always prompt you to accept/refuse cookies when revisiting our site.

We fully respect if you want to refuse cookies but to avoid asking you again and again kindly allow us to store a cookie for that. You are free to opt out any time or opt in for other cookies to get a better experience. If you refuse cookies we will remove all set cookies in our domain.

We provide you with a list of stored cookies on your computer in our domain so you can check what we stored. Due to security reasons we are not able to show or modify cookies from other domains. You can check these in your browser security settings.

These cookies collect information that is used either in aggregate form to help us understand how our website is being used or how effective our marketing campaigns are, or to help us customize our website and application for you in order to enhance your experience.

If you do not want that we track your visit to our site you can disable tracking in your browser here:

We also use different external services like Google Webfonts, Google Maps, and external Video providers. Since these providers may collect personal data like your IP address we allow you to block them here. Please be aware that this might heavily reduce the functionality and appearance of our site. Changes will take effect once you reload the page.

The following cookies are also needed - You can choose if you want to allow them: